Be the first to review this product
Special Price $849.99 Regular Price $899.99
In stock
SKU
WHCKDF1054
Add to Wish List Add to Compare
Email
Skip to the end of the images gallery 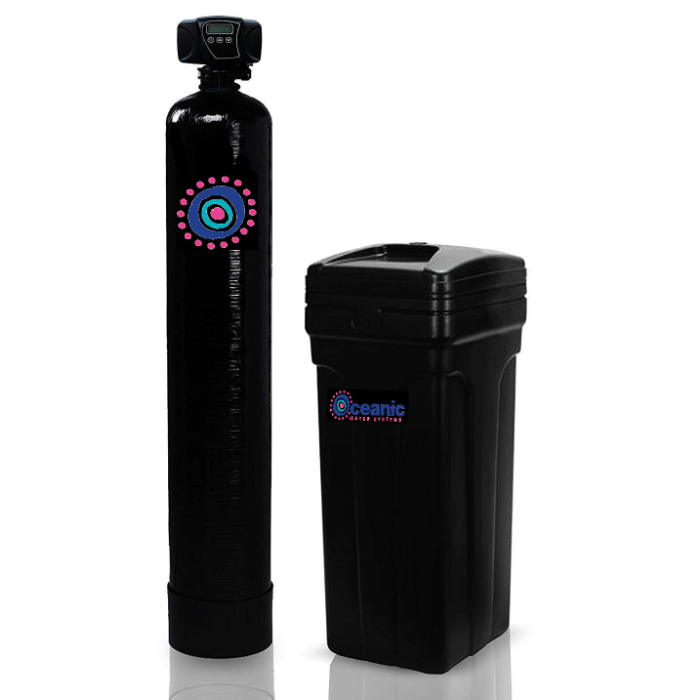 Consistently superior KDF55 medium is a economical pretreatment unit which is able to turn your water softener in to a high performance water filtration system by by reducing chlorine, heavy metals and inhibits bacteria growth from water without adding chemicals. KDF 55 eliminates the need for a carbon filter. KDF 55 & KDF 85 process media can remove up to 99% of water soluble lead, mercury, nickel, chromium,  chlorine and Hydrogen Sulfide and other dissolved metals. All KDF process media forms are effective in controlling the build up of bacteria, algae, fungi and scale, make the ideal for use in GAC beds, ion exchange resins, carbon block filters and inline carbon filters.

MediaGuard KDF55 is for city water and removes chlorine, heavy metals from water and bacteria static. Good tasting water though out the whole house. No maintenance needed on mediaguard system.

Water Softener is an Ion Exchanger
Hard Water with a high calcium/magnesium content enters the softener through the "in" port indicated by the green arrow. It passes through the control valve and in to the tank where it goes from top to bottom through a specially prepared resin that "softens" it, the resin consists of specially manufactured beads that have been saturated with sodium ions. Softening occurs as the hardness minerals in the water attach themselves to the resin and are "exchanged" for sodium. The softened water then enters the long center tube called a riser, via the strainer basket at the bottom of the tank and passes upward through the riser. Then water exits the softener via the control valve (Blue Arrow) and is sent to the desired location.

When the resin becomes saturated by hardness minerals, the softener automatically goes into re-generation. The re-generation process is initiated by a time or a meter depending on the type of softener. By this process the hardness minerals are washed down the drain and resin bed is rinsed, re-settled and re-charged with sodium, it is now ready again to soften your water. The re-generation process is accomplished by passing very salty water from the brine tank through the resin. The brine tank must remain filled with softener salt at all times so that it can re-generate the softening resin.